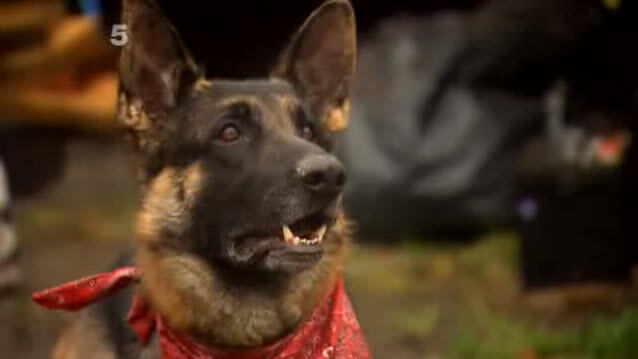 Check out this video of an adopted dog by the name of Buddy who lead police to his owners home that was on fire.  Buddy knew his owner Ben Heinrich was in trouble and he instinctively took off down to the main road to  flag down help!

Neighbors had called police to report the fire and injuries and Trooper Shanigan was trying to make his way to Ben’s home when his GPS stopped working. With 150 km of back roads in the region, he had to drive slowly as directions were relayed to him from head office. He then spotted a shadowy shape on the road.

It was Buddy who began running in the direction of his home and Shanigan following after. Amazing footage from the police officer’s dash mounted camera was taken, capturing the moment on video. Buddy’s actions saved lives and prevented further property damage.

Police find a dog barking in the middle of the road, they follow it, and what do they find? This dog is incredible!!

Here is the story: