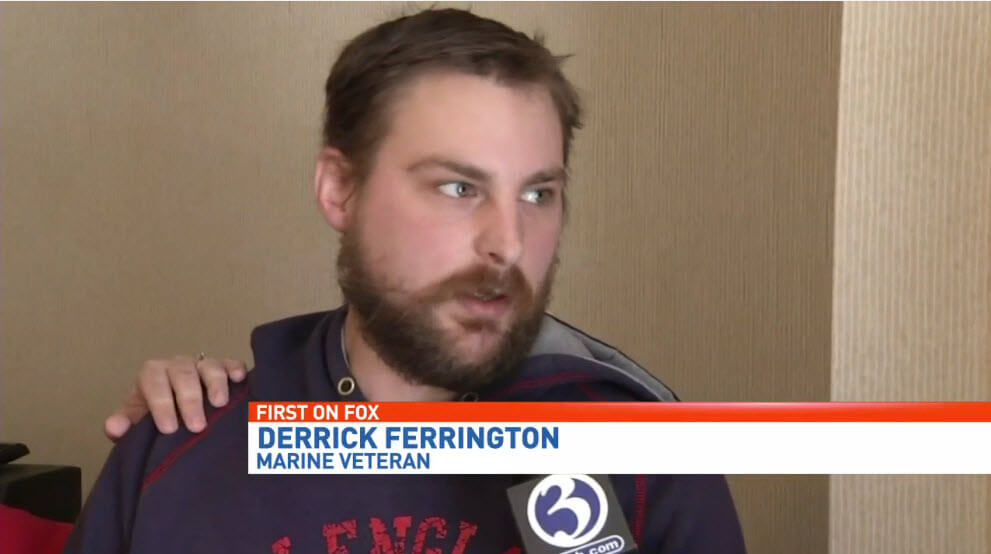 A retired Marine with a service animal was recently denied hotel access by Day’s Inn in Groton.  This manager made a big mistake, local news took up the issue and it has since been corrected.

The Ferringtons had to leave their home for a couple of weeks due to mold remediation taking place at the home.  When they went to rent a room at the Day’s Inn they were denied access.  Derrick Ferrington has a service animal to  help him cope with anxiety and get him out of the house.  Derrick suffered a brain injury from an IED while deployed in Iraq.

Derrick served three tours of duty in the Middle East from 2005-2009. In 2006, he suffered a brain injury following an IED explosion while on patrol.

The manager of the hotel tells Eyewitness News the staff was not properly trained, and was wrong in denying accommodations with a service dog.

“Connecticut law does not require a person using a service dog to prove that the dog is being used to help with disabilities in order to be afforded the protections allowed to people using service dogs.”