Scotus to Hear Case Regarding Service Dog Being Allowed in School

Scotus to Hear Case Regarding Service Dog Being Allowed in School 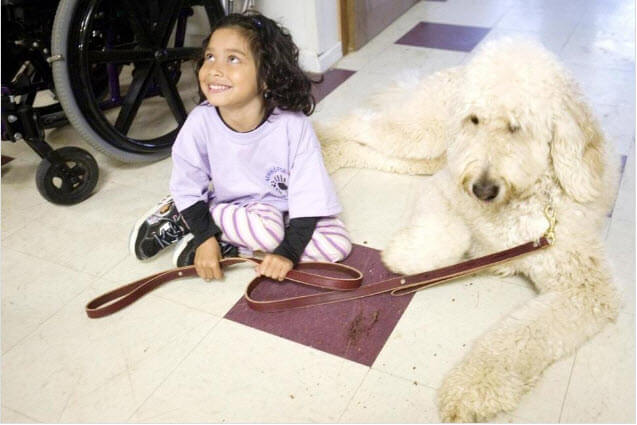 This week the Supreme Court is hearing an appeal from a 12-year-old Michigan girl with cerebral palsy who was denied school access with her service dog.

The justices said Tuesday they will consider whether Ehlena Fry’s family can sue the school district for violations of federal disability laws.

The Michigan girl’s family obtained a Golden Doodle named appropriately as Wonder, to help the young girl with opening doors and retrieve items.  Her school district initially denied access for Wonder at school and then officials relented a bit in 2010.  The district placed many restrictions on Wonder. Ehlena and her service dog later transferred to another school.

Her family sued the school district for violations of federal disability laws. The case was dismissed after a judge said the Frys first had to seek an administrative hearing. An appeals court last year upheld that decision 2-1.

The American Civil Liberties Union, which is representing the family, says the case is important because school districts around the country have repeatedly denied children with disabilities their right to bring service dogs to school. These districts often claim the service animals are not necessary and that the schools can help the children through other means.

The ACLU wants the justices to declare that children prevented from using service animals at school can proceed directly to court without having to go through administrative hearings that can be costly, time consuming and burdensome.

The school argues that exhausting administrative remedies encourages parents and schools to work together to determine the best plan for each child and are a cheaper way to resolve educational disputes.

The Obama administration has backed the Fry family, saying the appeals court’s decision was wrong and “leads to unsound results.” The government said at the time the lawsuit was filed, Ehlena had already moved to a new school district and there was no ongoing dispute to compromise. Requiring her to go through administrative proceedings “would waste time and resources without offering any chance of resolving their actual dispute,” the Justice Department said in a brief to the court.

The high court will hear the case, Fry v. Napoleon Community Schools, 15-497, when the new term begins in the fall.