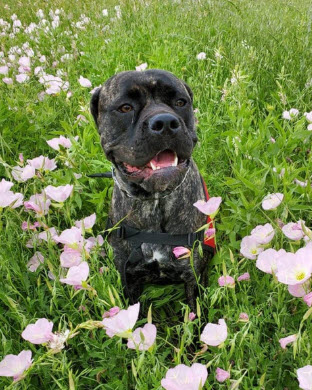 Devastated families still have questions after deaths of 3 service dogs in Fort Worth Tx.

Vinny was a 6-pound Pomeranian who had just celebrated his first birthday with owner Brooke King, who described the dog as her best friend
Alice was a 17-month-old bull Mastiff and Cane Corso mix who helped military veteran Max Kurtz in his struggle with PTSD. Both service dogs, as well as Bronx, a German Shepherd service dog, died in a hot car on July 24 in Fort Worth.

The King and Kurtz families were left devastated, shocked and questioning how this could have happened.

“Every day, we wake up and put one foot in front of another,” Lezlie Kurtz said. “It’s like losing a child.”

The dogs’ trainer took the three to a veterinarian office, where she left the dogs in the car while she walked in to visit with coworkers. She left the car on with the air conditioning running and had a sensor that was supposed to go off if the car got too hot, the dog owners said.

However, the sensor was not working. The car died and the dogs were left in the nearly 100 degree heat, where they died. Fort Worth police are investigating the dogs’ deaths.

AN ‘EARTH SHATTERING’ LOSS
On July 24, King said, the trainer called her and said there had been an accident.

She and Lezlie Kurtz, Max Kurtz’s wife, went to the vet office, where the trainer was in a panic. Lezlie said her husband was hysterical, and the trainer told her she was sorry, but Alice was dead.

“They took me in to see her,” she said. “She had her vest and collar on and had a blanket over her and was very peaceful.”

Max Kurtz has trouble being out in public or in uncontrolled environments because of his PTSD. Since the family got Alice his PTSD Service Dog about a year and a half ago, Lezlie Kurtz said her husband was opening up more and was able to go to the grocery store and restaurants.

He had chronic insomnia, but with Alice nestled between him and his wife, Max Kurtz would fall asleep easier as he pet Alice and stroked her ears, Lezlie Kurtz said.

Alice, who was the service dog for military veteran Max Kurtz, was one of three dogs who died in a hot car in Fort Worth on July 24.
When the Kurtz family got home after Alice’s death, Lezlie said her husband walked inside and started crying. He didn’t stop.

King has been struggling as well since losing Vinny his emotional support animal, who was trained to help her with her depression and anxiety. He went with her when she traveled for work, which was often.

“He was my best friend, he was my whole entire world. My world revolved around Vinny. He was my child. He was my baby,” she said. “He was the only constant in my life. And to have that ripped from you — that’s a feeling that is indescribable.”

She may be seeking legal action against the trainer, who she did not want to publicly name.

“This is the most tragic thing and the most traumatizing thing you can put a person through. And I fully blame the trainer for this. I don’t want this trainer working with animals ever again,” King said.

King said she and Vinny used to wake up early to go on a long walk. Now, she wakes up at 5 a.m. and Vinny is not there.

“It’s pretty earth shattering for someone,” she said. “Wherever I went, Vinny was there. It was always Brooke and Vinny.”

King said she will eventually get another dog, but she is not ready yet.

The Kurtzes bought a new puppy, but the family is still adjusting to the change, Lezlie Kurtz said. Max Kurtz will reach out for Alice in the middle of the night, but she isn’t there.