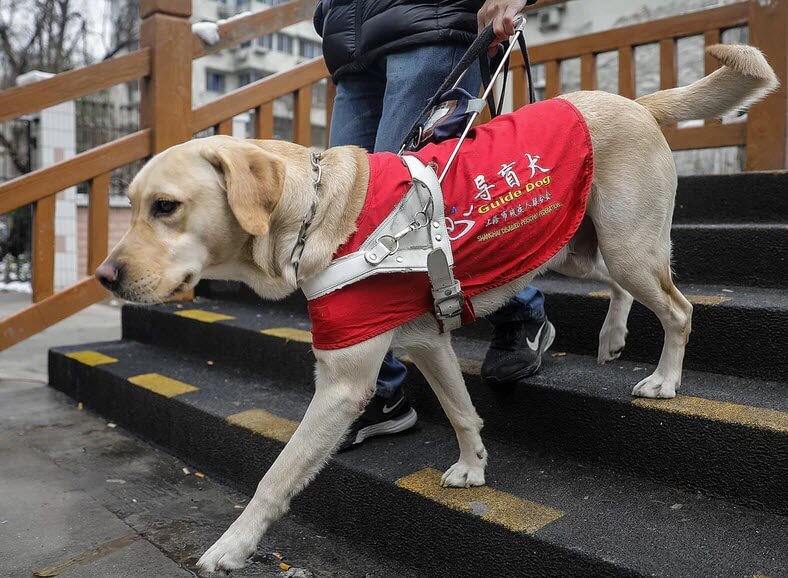 Having a pet in the home can give you and your family a great boost of health and overall well-being. Many times, you’ll probably see your pet as part of your family—one you may want to spend quite a bit of time with.

Some animals that live with us are more than just family members—they give us therapeutic and tangible support, especially if we have disabilities. You may have heard of terms such as “service animals,” and “emotional support animals” –many times, used synonymously.

But there are distinctive differences between service animals and emotional support animals.

What Is a Service Animal?
Probably the most popular kind of service animal you’ve seen is a dog assisting a visually impaired person. According to the American Disability Act, “a service animal is any dog that is individually trained to do work or perform tasks for the benefit of an individual with a disability, including a physical, sensory, psychiatric, intellectual, or other mental disability.” Service dogs are exclusively dogs—no other animal species is considered as a service animal.

Depending on the disability of the human owner, the service animal can help pull a wheelchair, assist hearing impaired individuals with awareness of certain sounds, helping a person who is experiencing a seizure, and much more.

What Is an Emotional Support Animal?
Admittedly, this term may sound a bit frivolous, with the recent stories of support peacocks, snakes, and more—especially as passengers attempt to board airplanes with these rather exotic animals. An emotional support animal can sound like an animal for companionship.

Michigan State College of Law tackles this definition considering federal housing regulations for allowing animals in places that have a no pets restrictions:

Director of Training at the Guide Dog Foundation and America’s VetDogs, Brad Hibbard, spoke to People Magazine about the key difference between a service or assistance animal and an emotional support animal, which is training for specific tasks.

As one can imagine, because emotional support animals, as important as they may be, do not have any training requirements, they can detract from the important work service animals do if they misbehave, creating additional hurdles for people to bring their service animals with them. So it’s important to know the distinctions between the two types of animals so individuals with disabilities can continue to experience greater quality of life without interruption or hassle.

8 Replies to “Service Animal, Emotional Support Animal and Therapy Animals What is Difference”