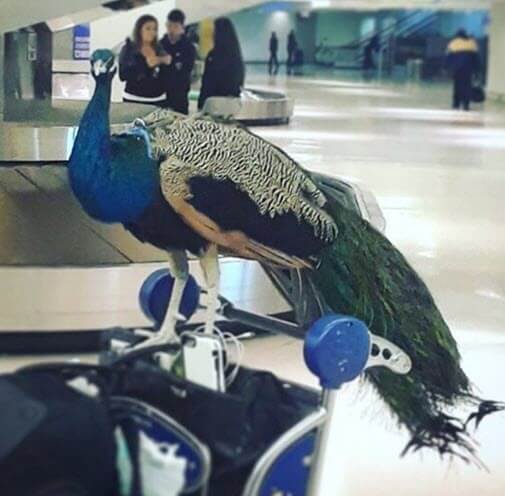 Finally, airlines are starting to crack down on individuals taking advantage of ESA laws.  Options are getting limited for travelers looking to fly with exotic emotional support animals.  Southwest Airlines is the latest carrier to restrict the creatures allowed for emotional support on planes.

The new rules kick in Sept. 17 and mean Southwest passengers can no longer bring along emotional support animals that aren’t dogs or cats, which must be on a leash or in a carrier, and limited to one per customer. Those traveling with an emotional support animal also need to bring along a current ESA letter from a doctor or licensed mental health professional, Southwest said.

In addition, Southwest is restricting allowable trained service animals to dogs, cats and miniature horses. Any animals engaging in disruptive behavior like growling or urinating in the gate area may be denied boarding.

The carrier’s announcement follows similar moves by airlines including United, JetBlue, American and Delta, all of which have cracked down on letting creatures like snakes, spiders or peacocks on planes.

United’s policy on comfort animals changed in March after an incident involving an emotional support peacock, which a passenger attempted to take on a cross-country flight in January. Upon toughening its requirements in the same month, Delta reported an 84 percent hike in animal incidents since 2016, including the mauling of a passenger by a 50-pound dog on a flight from Atlanta to San Diego last year.