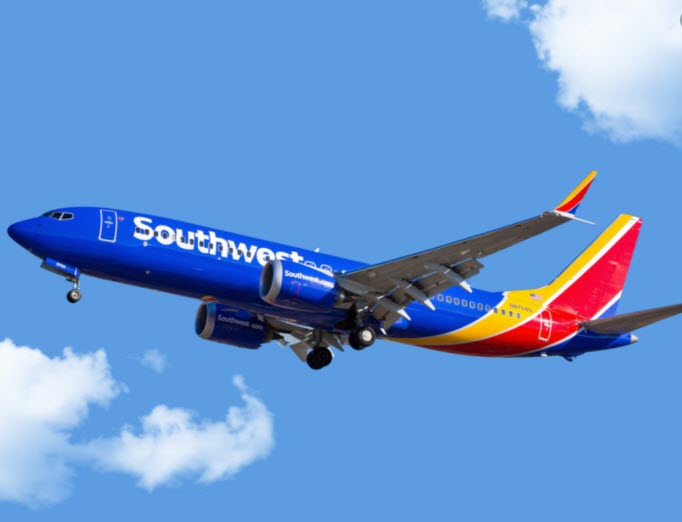 Southwest Airlines says it applauded the new DOT rule that “permits common-sense limits on the transport of animals in the aircraft cabin.” But the airline, now the world’s largest , says that as of now, “Our Emotional Support Animals policy has not changed. Southwest will announce this year any changes and timelines for those changes to our policies.”

The airlines that are barring Emotional Support Animals (ESA) say they are simply reacting to the DOT rules change which limits support animals in the cabin to trained service animals, such as guide dogs for the blind. United says, “This change will further ensure a safe and accessible travel experience for our customers.”

In reality, the airlines themselves pushed for the change over the last year. The airlines, led by their lobbying organization, Airlines For America, did a concerted job of turning public opinion against emotional service animals and their owners, who supposedly brought aboard “comfort turkeys, gliding possums, snakes, spiders, and more.”

For most airlines, the new no-fly policy for ESAs started on January 11, although previously booked animals will be allowed to fly through February. United says, “Our new policy goes into effect on Jan. 11 and – beginning Feb. 1 – United passengers will be asked to complete a DOT-authorized form prior to travel that confirms their service animal’s training, health and certification.”

A Change.org petition has nearly a thousand signatures. Signer Kay G. wrote, “The fact that many people joke about the seriousness of how this will affect DISABLED travelers is barbaric. Our ESA IS PART OF OUR MEDICAL TREATMENT PLAN.” (ESA owners typically need to get a certifying letter from a medical professional.)

With Southwest Airlines apparently still a holdout, and with advocates threatening lawsuits, will the ban on emotional support animals stick? One thing is for sure; COVID-19 lockdowns have bonded owners and animals even more tightly. When people start traveling, they won’t want to go without their canine companions.

We are hopeful that Southwest Airlines will maintain their position to accept emotional support animals on their flights, they have always had the most fun atmosphere in the airline sector. Considering the amount of travelers in 2019 that flew with ESA’s it may be a good financial decision for South West. Other airlines charge about $100 each way to fly your pet in the cabin, this could be a huge win for SW.