Study Shows Humans Have More Empathy for Dogs than Humans

Study Shows Humans Have More Empathy for Dogs than Humans 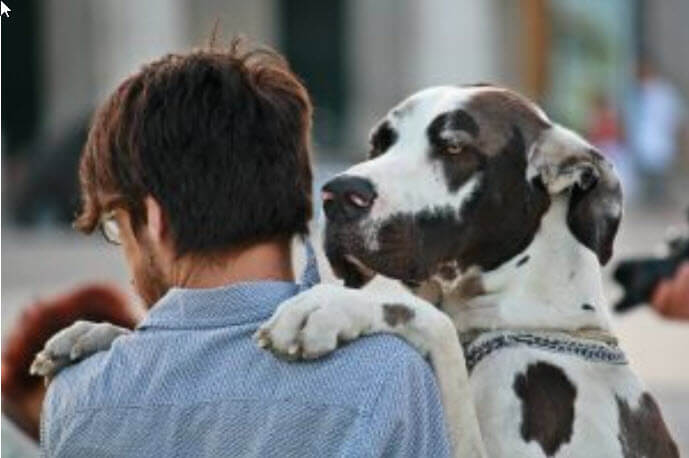 Scientists and researchers from Northeastern University, in conjunction with colleagues from the University of Colorado recently conducted a study for  the purpose of finding out whether humans would empathize more with fellow humans or with dogs, when both were placed in situations that were considered to be dangerous or life-threatening. The surprising responses given by 256 college students favored the dogs overwhelmingly, when (fake) situations were described to them about how both dogs and humans had been beaten badly.

The level of compassion was strongly in favor of the dogs versus their human counterparts, and these responses were even more powerfully in favor of puppies and small children when compared to adult humans. Researchers were forced to conclude that the age of the humans also made a difference in establishing empathy for victims, although age played no part in empathizing with young dogs as opposed to older dogs.

A similar study was conducted on a British fund-raising campaign which asked people to donate money for a patient suffering from muscular dystrophy. The campaign used posters asking people if they would donate to save ‘Harrison’ from a slow and painful death – but two different posters were used. One of the posters had the real Harrison depicted, who was a young boy, and the other poster featured ‘Harrison’ as a dog. The donations for the dog poster numbered 230 at the end of the campaign, and the donations for the actual boy named Harrison only garnered 111 donations.

Why people empathize more with dogs

Scientists believe there is a logical explanation for the results obtained from both these surveys, as well as other similar studies which have been conducted. It is thought that most people consider dogs to be much more vulnerable than adult humans, and actually see them in the same light as human babies, i.e. beings who are incapable of fending for themselves, and thus require attention from others. When people look at either dogs or human babies, they see individuals who did not ask to be in the circumstances which they find themselves, and consequently the observers are much more willing to pitch in and lend a hand.

A systemic psychotherapist and sociologist, Dr. Kathryn McAleese, asserts that she sees this phenomenon all the time during her practice. According to her findings, people view animals as being more innocent and pure than adult humans, who are well able to fend for themselves. It is commonplace in her practice to encounter individuals who will spend a great deal of money on their dog’s habits, fitness, nutrition, and general health, but who will spend nothing on themselves. They explain this away by saying that their dogs deserve the attention they get, whereas they themselves do not. In addition, Dr. McAleese deals with trainers who often tell her they have no patience with the owners of dogs, but who have great patience for the dogs themselves, simply because the dogs cannot speak for themselves, and are thought to be more vulnerable.

Animal trainers on the other hand, are not surprised by the results of the surveys in the least, citing the fact that many people form stronger bonds with their pets than they do with other humans. Trainers believe that pets can provide unconditional love as an emotional support animal, which is something that most humans are incapable of, and they are therefore not at all surprised when they learn that pet owners provide everything needed by pets, from food to exercise and wellness, and even including enrichment for the dog’s life and recreational opportunities.