Vet Making A Difference Training Service Dogs at No Cost

Vet Making A Difference Training Service Dogs at No Cost 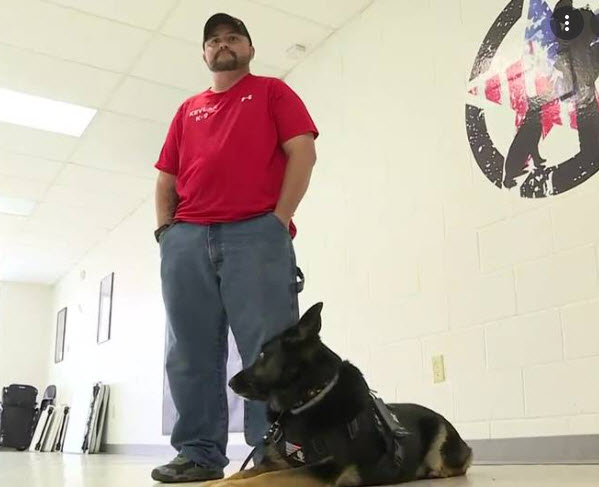 A local Witchata man is making a difference for veterans, by training service dogs at no cost for them. The only money any veteran would have to pay is the application fee.

Toney Turner is a veteran himself, but says he wasn’t a combat veteran and stayed in the United States.

“So basically I worked as a paralegal, my issues I have had health-wise were not military-related,” said Toney Turner who owns Kevlar K-9.

Turner has his own service dog and demonstrated how she is trained to help him with his health issues that could result in something that looks like a seizure or accident. However, he says he really saw the need of service dog training for veterans, especially in the Midwest.

“A lot of people have to go to Virginia or the East Coast and there is a two- or three-year waiting list. These dogs are doing things that no pill could ever do. In fact, most of the veterans in our program usually have their medication cut in half if not closer to three quarters,” said Turner.

Turner’s organization, Kevlar K-9, became an official non-profit in April of 2019 and has matched about 10 veterans with a service dog. One of those veterans being Leslie Rooney who served in the Air Force for four years.

“I saw things that nobody should ever have to see, it really affected me,” Leslie Rooney.

Leslie’s dog is trained to help with her health issues as well as her PTSD.

“My legs start shaking, so she is taught to come in and put her feet on me to make me realize she is there, and everything is okay. If we could get more dogs with more veterans, I think the 22 suicides a day of veterans would decrease. She has been a lifeline to me, I don’t know where I would be right now if I didn’t have her,” said Rooney.

Another veteran who was deployed in Iraq says she met Turner at a group meeting at the VA and getting help from him and getting her service dog changed her life.

“Pairing up with him was a miracle that hope again to be able to go out in public and do things I used to do. It’s that hope,” said Ashley Aimes.

Aimes says she’s had her dog for about 15 months, and he also is trained to help her with her PTSD.

“He helps with day-to-day life. I go to work, I work at City Hall, I love it, everything with him has made life better, not perfect, but better,” said Aimes.

Turner added they try to adopt as many dogs as they can, but some breeders have also donated puppies to help with the cause. Turner says training service dogs for no cost is the least he can do for men and women who have served our country.

If you want to donate to Kevlar K-9 you can click HERE. If you are a veteran who wants to be paired with a dog, you can visit Turner’s website to contact him.